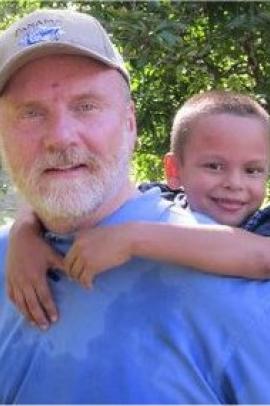 Al began his academic career as an undergraduate student at U of L in 1970.  He earned a Bachelor of Arts degree in English in 1975, and in 1981 he completed his Master of Arts in English, also at U of L.  He went to Bowling Green State University for his Ph.D., which he finished in 1984.  He wrote his dissertation on the slang of 1930's grifters in 1983-1984, and he taught part-time in what was then called the "Communication Program," which was part of the now-defunct University College, a dimension of U of L that all parties involved would rather forget than reminisce about. As fate would have it, U of L replaced University College with a Department of Communication about the time that Al was completing his Ph.D. in American Culture Studies with a concentration in communication. He was hired as a "term" faculty member for a year and then as a tenure-track faculty member a year later.  Therefore, he has been with the Department for a year longer than it has officially existed. He became the Department Chair in 2002 and has been the Chair ever since.

Although Al began his academic career doing research on the culture and language of prisoners, he switched his focus around 1990 when the Provost at the time asked him to be part of a grant writing team that was seeking funding for computer equipment. The grant he helped write secured over $700,000 for the university, and he decided it was much easier to get grant money for computers than for studying criminals.  He wrote a few more grants for more computer equipment and began an alternative career emphasis in which he developed the use of computers in instruction.  As a result of his computer work in the 1990's he was well-prepared for the university's Distance Education initiative that began in 2002, and he helped the Department of Communication to become a campus leader in online instruction. His academic focus since becoming chair has been on developing curricula, and since he became Chair the Department has developed a Bachelor of Science, a Master of Arts, a comprehensive online program, and an off-campus Communication program in the Republic of Panama. His objective remains developing more curricula for multiple venues.