Hollywood Screenwriter Moves From Hollywood to U of L 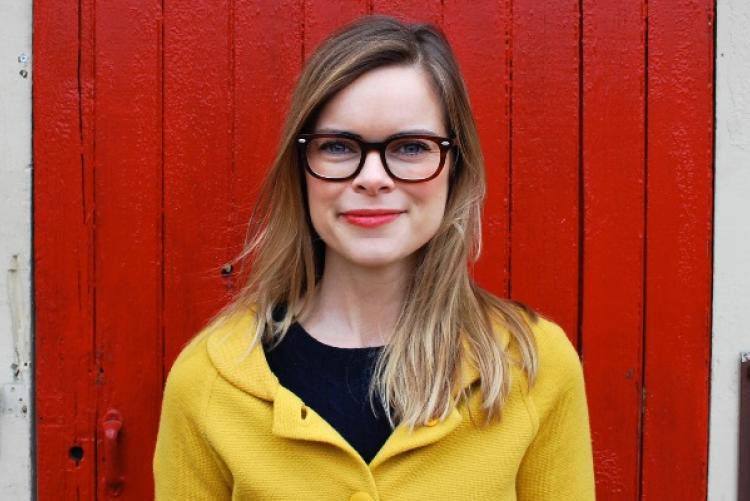 (Photo Above: Provided by Aaron Marion)

If you've hiked in Goshen's Creasey Mahan Nature Preserve, there's a chance you've crossed paths with a popular Hollywood actor and his very talented screenwriter wife — but you probably didn't know it.

An up-and-coming Hollywood couple quietly moved to Oldham County this past fall: Ryan Devlin, best known for roles in television shows like "Cougar Town," 'Brothers and Sisters," and "Grey's Anatomy," and Kentucky native Kara Holden, the screenwriter behind “Middle School: The Worst Years of My Life," and "Carrie Pilby,"

So why did this power couple trade the hustle and bustle of life in Los Angeles for Kentucky?

A job offer. And nature.

Holden is originally from Crestwood and still has numerous connections to the area, so when she was offered the opportunity to teach a screenwriting class at the University of Louisville, Devlin says his wife jumped at the chance.

"Kara went to the University of Louisville and she's always wanted to teach, plus as a successful screenwriter, she's able to work from anywhere," Devlin said. "And of course a lot of her family and friends live here, so this is just a really cool opportunity for our family."

When looking at his own career, Devlin felt living in Los Angeles was not a requirement to pursue acting.

"We realized that over the past five years, I have worked in Hawaii, Dominican Republic, Puerto Rico and Vancouver British Columbia and only a few jobs were actually in Los Angeles," he said.

Of course, working in the entertainment business does require some travel between Los Angeles and Louisville, but for the most part, Devlin, Holden and their 3-year-old son, Ferris, call Kentucky home.

"We decided that making Goshen our home base was a great opportunity for us as a family," Devlin said. "I am so proud that we made the leap to live the life that we want, rather than be stuck in a place because of a certain career aspiration. So far it's been great."

Access to the outdoors was a top priority for the couple while they were house hunting and they found the perfect location near the 170-acre Creasey Mahan Nature Preserve located at 12501 Harmony Landing Road.

"Having proximity and access to true nature was a number one factor on our list of where we wanted to live," Devlin said. "It's tremendously important to our family."

As often as they can, Devlin and Holden spend free time with their son at Creasey Mahan.

"We were out hiking as a family a few days ago and saw an entire family of deer run right in front of us on the trail," Devlin said. "That was exciting for all of us. We're really fortunate to live so near the preserve."

Although he's only lived in Kentucky a few months, Devlin is anxious to support his new community, so on Feb. 18, he'll lace up his dancing shoes and take part in a charity event presented by The Prospect Chamber of Commerce.

"Dancing with the Prospect Stars" will showcase 10 amateur dancers with their professional mentors in a contest of both skill and fundraising.

Each of the amateur dancers is raising money for a local charity or nonprofit. Devlin, who is dancing with professional dancer Jennifer Henderson, will perform the Viennese Waltz to raise funds for Creasey Mahan Nature Preserve.

"The dance is a lot faster than I realized," Devlin said, laughing. "I have a lot of practice to do between now and the competition."

From his new home, Devlin can also continue work on a giveback program he co-founded with actress Kristen Bell and actors Todd Grinnell and Ravi Patel.

"This Bar Saves Lives" is a premium granola bar sold in Target stores nationwide. For each bar sold, a lifesaving food packet is provided to a child in need.

"We're in a lot of stores on the East and West Coast and I am working to expand that to the Midwest," Devlin said. The bars are also sold on Delta Airlines and Amazon. "We hope to expand the distribution and save thousands and thousands of lives."

In the meantime, Devlin is perfecting his dance steps to help Creasey Mahan Nature Preserve rebuild after an EF-1 tornado ripped through the park in April 2017. The funds from the dance event will also provide ongoing maintenance to trails, buildings, play areas, fields, and programming.

You can donate to Devlin's efforts by visiting creaseymahannaturepreserve.org.

"Dancing with the Prospect Stars" will be held at Bill Collins Ford Lincoln, 4220 Bardstown Road, on Feb. 18. Tickets start at $75 per person and are available at dancingwithprospectstars.org.